On today’s episode of Live Lean TV, I’m sharing 3 foods to avoid for a flat stomach.

But first, check out this scary stat:

On average, 67% of the total calories eaten in today’s western world, comes from 3 belly fat causing foods and their derivatives. – Michael Pollen, “In Defense of Foods” 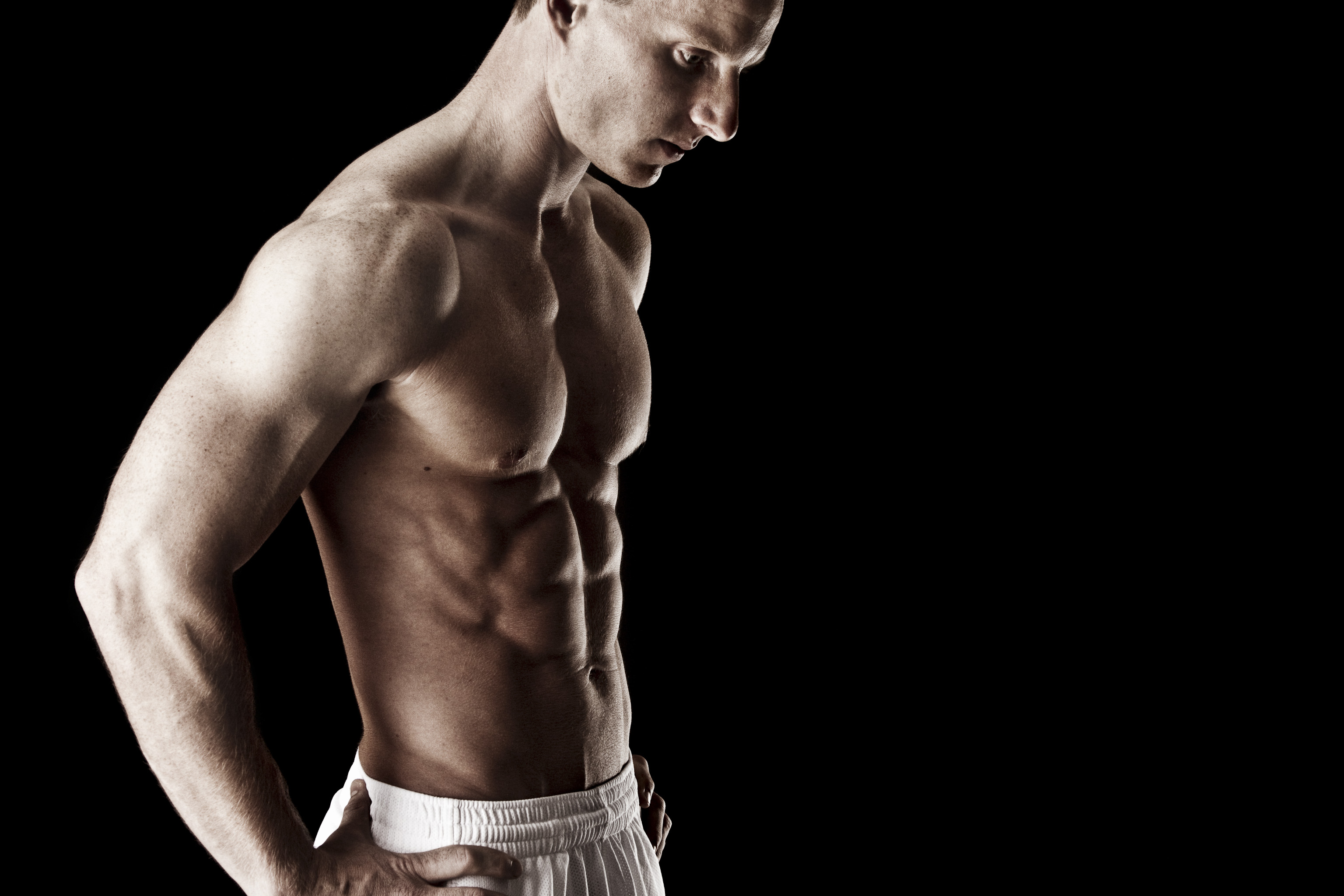 The 3 foods to avoid for a flat stomach are:

Now you may be thinking, well I only eat a lot of one of these foods, probably wheat.

You’re probably eating more corn and soy than you think.

The reason is the derivatives of corn and soy are used in the processing of many other foods, including meat.

The reason why so many processed foods contain these 3 foods, comes down to profits.

Unfortunately, when the wallets of food executives get fatter, it usually means the consumers belly is also getting fatter.

Corn, soy, and wheat are used as feed to fatten up farm animals

Lets look at cows for example.

Have you ever seen the difference in the size of grass fed cows vs. grain fed cows?

Not only is it cheaper to feed cows these grains, but it also fattens them up since the cow’s digestive system was never meant to consume them.

Cows were meant to eat grass and other forage, not corn, soy, and wheat.

This creates a win-win for the food manufacturers.

The unnatural feed also reduces the nutritional value of the grain fed meat being consumed by humans.

Grain fed cows have a much lower ratio of healthy omega 3 fatty acids to inflammation causing omega 6 fatty acids, and lower levels of CLA, which is a fat burning and muscle building healthy fat.

This doesn’t help, as today’s grains obsessed diet already has an omega 6 to omega 3 fatty acids ratio of approximately 30:1.

The optimal healthy ratio is closer to 2:1.

This is why I always recommend you invest in humanly raised grass fed beef over conventional grain fed beef.

This also affects other animals, such as chickens and fish

But this doesn’t just affect cows, it affects all animal meat including chicken and fish

Many conventional farms raise chickens on an unnatural diet of corn and soy, and are cooped up in cages.

This makes the chicken and eggs less nutrient rich for human consumption.

The healthiest chickens are allowed to roam free and eat grass and other forage.

When it comes to fish, farmed salmon are feed corn and soy.

Once again, this throws off the omega 3 to omega 6 ratio and is passed on to humans in the form of lower quality, less healthy food.

When possible, always go with wild salmon and other wild fish.

These examples are to show that you are probably consuming much more corn and soy, and their derivatives, than you think, as it may be passed on to you via the conventional meat you’re eating.

Other corn, soy, and wheat derivatives include:

You mainly find these derivatives in processed foods such as:

Since we still possess 99% of the same genetic structure as our ancestors, we probably should be primarily consuming unrefined whole foods, as close to what our ancestors ate, similar to the paleo diet.

Since our genes control many functions in the body, it’s important to limit the foreign processed foods that are our digestive systems and bodies are not built to thrive on.

From what I’ve read, only approximately 5% of our ancestors total calories came from corn, soy, and wheat.

So when you compare this 5% figure vs. today’s 67% figure, it’s no wonder why so many people are walking around with a little extra belly fat.

Why do corn, soy, and wheat cause belly fat?

Here are just a few reasons why a diet high in corn, soy, and wheat cause belly fat:

Genetically modified soy and corn crops can be high in pesticides and herbicide residues such as xenoestrogens.

Soy and its derivatives also contain phytoestrogens which may create a fat storing environment in the body.

Ever heard of “man boobs”?

Thank the phytoestrogens for that!

#3. An increase in food intolerances to soy and the gluten in wheat

Many people are now discovering differing levels of food intolerances to soy and the gluten in wheat.

Not only is this bad for your overall health, it can also create extra bloat in your belly. 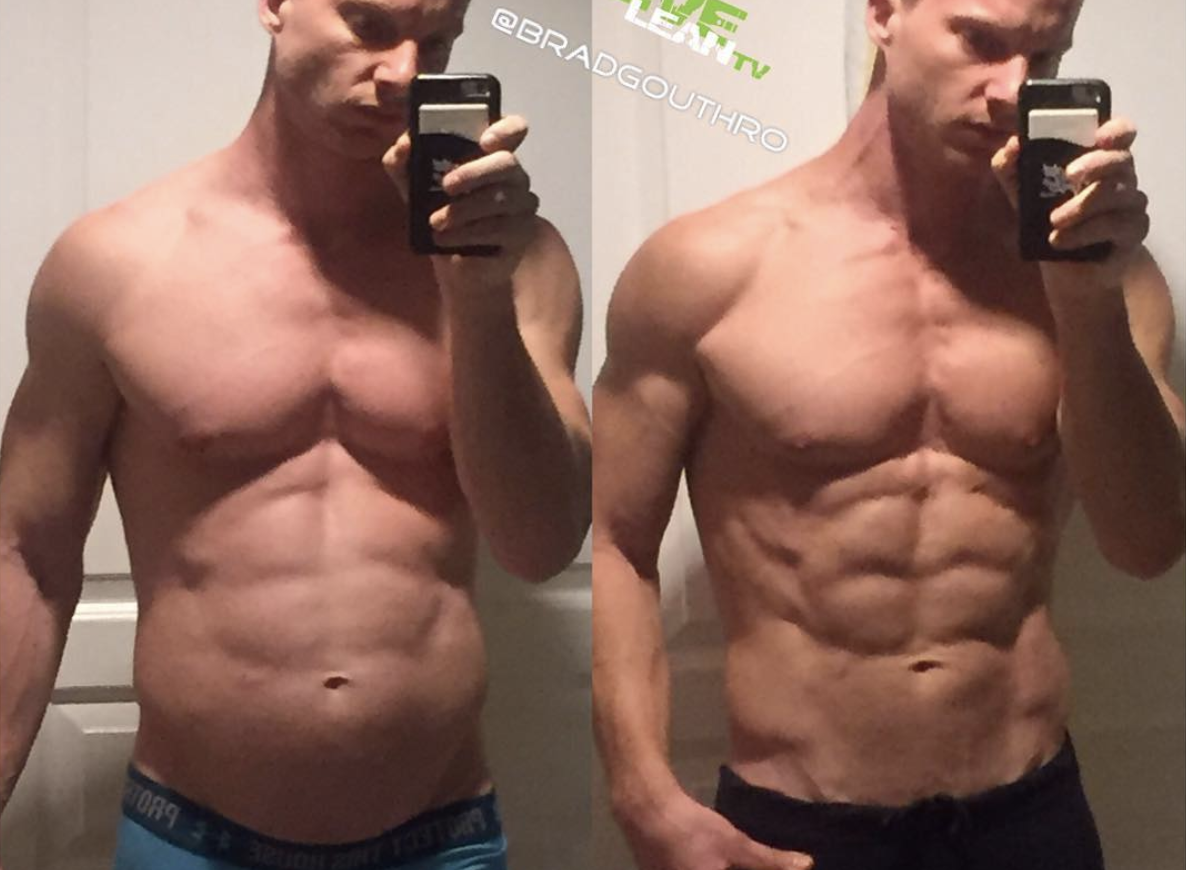 How many of these belly fat busting foods are you eating daily?

So now that you’ve seen how you’re probably consuming more corn and soy than you think.

Add that on top of all the wheat based processed foods such as bread, cereal, and pasta, that you’re eating in a day.

As mentioned, not only do these unhealthy foods spike your blood sugar and make you hungrier throughout the day, they are also lower in nutrients, higher in calories, and many people can’t properly digest them.

It’s a recipe for fat gain.

Always choose one ingredient foods over processed and packaged foods.

How many ingredients does broccoli have?

When you’re at the grocery store, stick to the outer perimeter of the store.

The inside aisles are usually filled with these corn, soy, wheat based foods.

Also don’t tempt yourself by bringing these processed products into your house.

If you need to fulfill a hunger craving, go out and buy it.

Focusing on consuming the majority of your carbohydrates from fruits and vegetables is a game changer when it comes to getting rid of belly fat.

Take control back of the ingredients you’re feeding yourself by making your own salad dressings, marinades, and sauces.

If you have to buy packaged dressings and sauces always ensure they’re made with a healthy oil, like extra virgin olive oil or avocado oil.

2. Save them for your weekly cheat meal

I’m not saying you can never eat corn, soy, or wheat again.

But I am saying they should be consumed in moderation.

One way to do this is to save them for your weekly cheat meal.

It’s up to you to take control of your health by getting educated and taking action by reading the ingredients list, and preparing the majority of your own food.

Don’t let the food marketers fool you with their deceiving food labels and advertisements.

The choice to be healthy, lose belly fat, and get a flat stomach is yours to make.

If you want our help, I highly recommend you go take our free Live Lean Body Quiz to find the best program for you based on your goals.

Thanks for watching and keep Living Lean.

Start by taking our FREE Live Lean Body Quiz to get access to the best program specific to your goals!

23 responses to “3 Foods To Avoid For A Flat Stomach”