Listen to the audio version of this Bicep Curl Form episode on our Live Lean TV Podcast. Don’t forget to subscribe to the podcast!

In todays training video, I’ll be covering a quick bicep curl form tip to help you get more results out of your arm workouts.

Most guys want to build big and strong biceps that fill out their t-shirts.

However, I often see many people at the gym making this common bicep curl form mistake that is stopping them from building a big set of guns.

If you are guilty of this, don’t worry.

There’s a quick fix, and that’s what you’ll learn in this post.

In fact, this bicep curl form tip can be applied to pretty much every exercise you’re doing.

Use full range of motion for maximum bicep gains

Yes, to maximally contract and strengthen the bicep, you need to be performing your bicep curls with good form, while using a full range of motion.

Making bicep gains is NOT just about how much weight you can lift.

It’s super important to feel the contraction in the biceps by squeezing hard, and taking the bicep muscle throughout the full range of motion.

Too many people lift heavy weights, but they lift with poor bicep curl form.

To move the weight, they use momentum, rather than contracting the bicep muscles throughout a full range of motion.

This not only increases the risk of injury, but it also deprives you of building a full and complete bicep.

Once again, you must maximally contract throughout all ranges of the bicep curl. 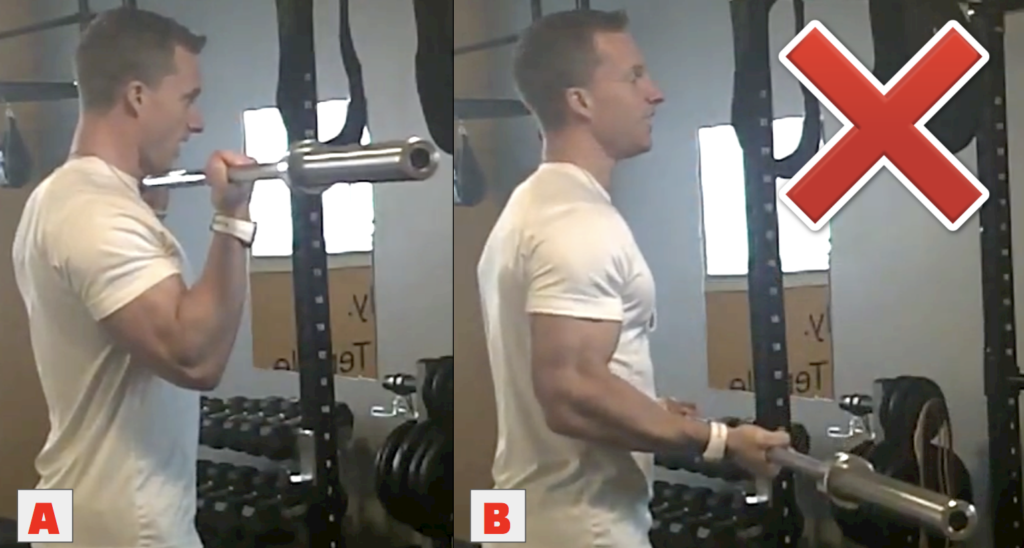 The most common mistake occurs during the lowering of the barbell (or dumbbell).

In particular, people stop lowering the weight, when their elbows are still bent close to a 90 degree angle.

Then they’ll quickly shift their upper torso back to create momentum to curl the weight.

This is a classic example of not completing the full range of motion with a bicep curl.

To get more out of your bicep workouts, focus on proper form, and select a weight that you can take the bicep curl throughout it’s full range of motion. 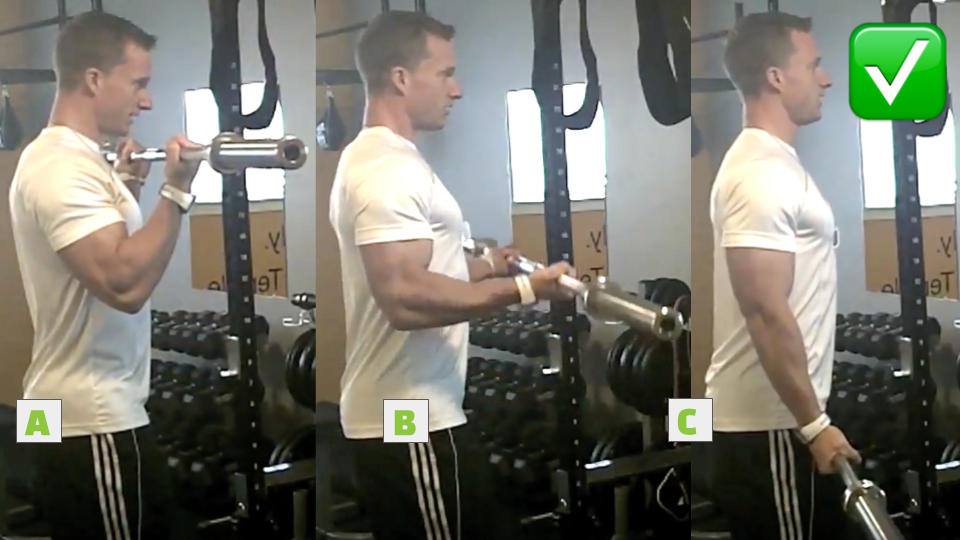 Your upper torso should be locked down with little to no momentum from swinging.

Don’t neglect all the bicep gains made at the bottom of the curl.

This is super important to hit more muscle fibers within the bicep, which is key to building a bigger and fuller muscle head.

If you can’t do that with the weight you’ve selected, lower the weight.

The goal is to contract your muscles to move the weight, not damage your joints.

This is key for joint health and longevity.

Start by taking our FREE Live Lean Body Quiz to get access to the best program specific to your goals!

5 responses to “Maximize Your Bicep Curl Form For More Gains”